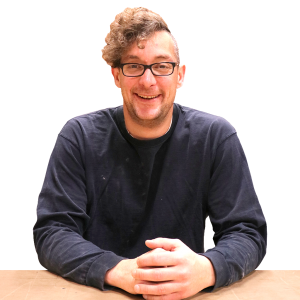 < Return to About Us

Mark grew up in Truro, Nova Scotia until 19 when he left the coast with big city dreams to travel Canada, working along the way as a “jack of all trades”.

Mark joined Kai Leather in 2014, where he trained and worked as a leather craftsman on projects that often partnered with Two Degrees North. Mark’s dedication to the trades and high degree of detailing has been applied to his new focus on finishing.

Smoking and barbequing the perfect brisket is an additional passionate pursuit plus an expertise in axe throwing as a part-time coach followed by a few Keiths.